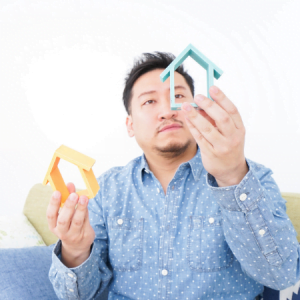 My high school career was a tale of two cities. As an army brat, I was used to moving every few years. It was exciting and fun, until it wasn’t. At the end of my sophomore year in high school, my dad received orders to move. We had lived in Leavenworth, Kansas for the past three years. And while that might not seem like the most exciting place on earth, I loved it there.

I had a group of close-knit girls, and we were inseparable. I was a member of the National Honor Society, on the dance team, and often had a role in the school play. At 16 I was madly in love with my high school sweetheart and couldn’t fathom leaving him behind. But when your parents say it’s time to move, there’s not a whole lot you can do. Trust me, no amount of crying, begging, and pleading can change the will of the United States Army and one Lieutenant Colonel, even if he is your dad.

Suddenly I found myself in Charleston, Illinois, home of Eastern Illinois University where my dad was the Professor of Military Science and led the ROTC program. As we neared Charleston, breaking news interrupted a song on the radio. In Leavenworth, that could mean a prison escape. Not in Illinois. No, the breaking news was that the price of hogs was going up. The. Price. Of. Hogs. Y’all. That was my introduction to this place, and I was not happy.

As always with me, it was amazing what a little time and perspective will do. School started. I made new friends. I joined the speech and debate team. I later joined the dance team. I even met other boys. Life went on. And what seemed like the biggest catastrophe in my life turned out to be just another experience that shaped me into the adult I am today. Looking back, I realized there were pros and cons about each location. And the reality is, they were both smallish towns in the Midwest. Meaning, they were going to be what I made of them.

The same is true for grant funding. I spent the first 15 years of my career working in local government. That meant my focus was federal and state grant writing. I was used to massive grant applications, with guidelines that could take hours to sift through. It meant online portals, funder contacts, and often a training webinar to answer any questions of potential grantees. And let me tell you, they were big and complicated, and I loved them! Ok, and sometimes I hated them too. And I will admit, I was a little full of myself. I (naively) assumed that everyone writing foundation and corporate grants had it made because they were so much smaller and less complicated than federal grants.

Fast forward to life as a consultant where now I’m working with nonprofits on a regular basis. After a few years of private funding under my belt, I can tell you I could not have been so wrong. Sure, private applications are typically shorter than their federal counterparts, but that does not make them easier. It frustrates me that these funders can be hard to find, since many do not have a website. It is rare to have a person to call with questions or a webinar that spells it all out. So many just give you one simple instruction: send us a Letter of Intent. Not complicated at all, I say sarcastically.

Having immersed myself in both worlds, I’ve learned it’s much like my high school years. There are pros and cons of public and private funding. The trick is to check your attitude, do the best with what you’ve got, and pay attention to what is around you. And sure, sometimes it is okay to be frustrated and rant a little at the injustice of it all. Trust me, my podcast co-host Kimberly and I do so more often than not. If you want to hear all our thoughts and feelings on the differences between public and private funding, check out Season 4, Episode 5 here: https://www.podbean.com/media/share/pb-gudu9-fbcede. And if you’ve got your own gripes or celebrations about either process, we would love to hear from you. Email us at fundraisinghayday@gmail.com, or better yet, join the Fundraising HayDay Community on Facebook.

DH Leonard Consulting & Grant Writing Services, LLC is so excited to be season 4 sponsors for Fundraising HayDay, a podcast about grants and such. Catch up on seasons 1 – 3 and stay up to date on the new season here.

Don’t let grants stress you out, check out the helpful grant writing services our team has to offer here.